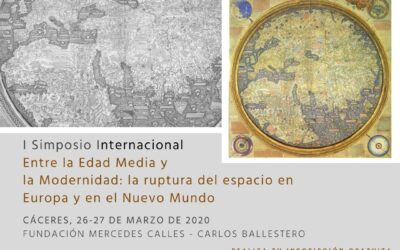 The 7th Training Academy of European Cultural Routes of the European Council closed today having gathered approximately 70 people from 16 countries that represent 20 certified routes -as European Cultural Routes- as well as 20 candidate routes and other organisations, such as the Organization of Ibero-American States (OIS) together during three days at the Royal Monastery of Yuste, making up a total of 16 European and Ibero-American countries.

The President of the Regional Government of Extremadura, Guillermo Fernández Vara, participated in the closure assuring that tourism growth potential in the region is closely linked to culture as far as heritage and cultural activity events are concerned.

The head of the autonomous Executive pointed out Extremadura as a land that has made tourism an important part of its economy, stressing that tourist activity was initiated in the region “by means of culture”. Fernández Vara highlighted that besides the cultural attractiveness of the region “we have powerful products, such as our nature, heritage and gastronomy which is accompanied by new ideas, such as ornithological tourism or tourism related to astronomy”.

The Director of the European and Ibero-American Academy of Yuste Foundation, Juan Carlos Moreno, assured that the words “routes, culture and Europe” have been keywords during these three days due to their meaning as far as European construction is concerned. On the one hand, the Director of the Foundation said that “being acquainted with the culture of other countries and other forms of living is the best solution to the exclusionary nationalisms of other countries that are a menace to Europe”. On the other hand, the Director of the Foundation claimed this asset to be “people’s fundamental right “, rejecting the fact that at times of crisis this is one of the “first unnecessary goods that are thrown out of the window”. According to him, culture cannot be the first burden to be thrown out of the boat when it threatens to sink, because “culture is not a luxury; it is a need”.

As for the role played by Europe, Moreno Piñero defended the balancing role it has in the international concert, “cohesive in diversity, respectful in discrepancy, integrating with disability and firm in the preservation of its traditional and imperishable values: democracy, liberty, equality and solidarity”.

To conclude, the Director of the Foundation highlighted the need for the Cultural Routes to include Latin America and in this task, he said “you may count with the loyal collaboration of this Foundation which is European as well as Ibero-American”.

The Training Academy is the most important annual event organised by the Network of the European Routes of Emperor Charles V and the European Institute of Cultural Routes of the Council of Europe in collaboration with the Regional Government of Extremadura, the Province Council of Cáceres, the European and Ibero-American Academy of Yuste Foundation, the Assembly of Extremadura and National Heritage.