The world of Charles V: women in Renaissance Europe and the new world 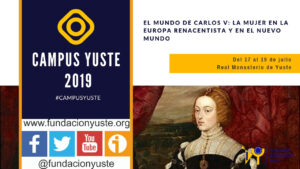 The course proposes to approach the time of Emperor Charles V, not strictly from a gender perspective, but from a comprehensive approach in which women had a role of co-responsibility that History has silenced. The role of women in 16th century Renaissance Europe and the New World, as well as their contribution, often in the shadows, and political decision-making and good governance of the empire, will be analysed for this purpose. Without forgetting their impact in the field of letters, in the social model that is relocated to America, in the intercultural process that is generated in the Indian space, in the creation of myths and cults and, finally, in the field of the forbidden.