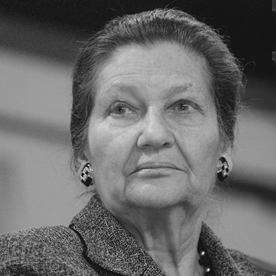 Simone Veil received the Carlos V European Award 2008 on 18 June at a ceremony presided over by Their Royal Majesties, the King and Queen of Spain at the Royal Monastery of Yuste. The jury noted that “the recipient is an example of the defence of social issues, she is a fighter and creative in the way she conducts politics. She is a woman known for her clarity regarding the world of ideas and who unanimously receives this award in recognition of her courage and tenacity especially in times marked by great upheaval”.