Religion in 21st-century Europe: Challenges and proposals for confessional coexistence

Europe is no stranger to these challenges and, in the 21st century, it is facing a further challenge which seemed long forgotten, or at least overcome. The recent and not so recent attacks bearing the hallmarks of religious radicalism, particularly linked to the increasingly powerful and extremist sectors of Islam, the rise in anti-Semitism and a number of movements in different parts of Europe which use religion as an excuse to terrorize the population are attempting to undermine and destroy the values that Europeans have defended since the European Union was born, and this has made us rethink the model of religious and confessional coexistence we live in.

The difference between the experience of the Western countries with regard to what they represent in other parts of the world today and the growing diversity of religious identities existing in Europe highlight the need to review and discuss the role of religion in 21st-century Europe. We will therefore analyse the history of religions in Europe and the different contributions of religion to the recent history of the continent, but at the same time we will reflect on and discuss possible solutions allowing confessional coexistence in Europe as a guarantee of peace, unity, equality and respect.

The working language of the summer courses is Spanish. Interpretation will not be available.

Rosa Balas highlights the work of citizens, regions and municipalities as examples of European values in the face of the refugee crisis (21/10/2015) 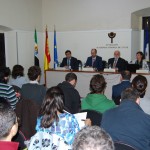 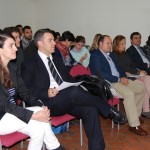