Campus Yuste take off with 300 enrolled students and 100 speakers 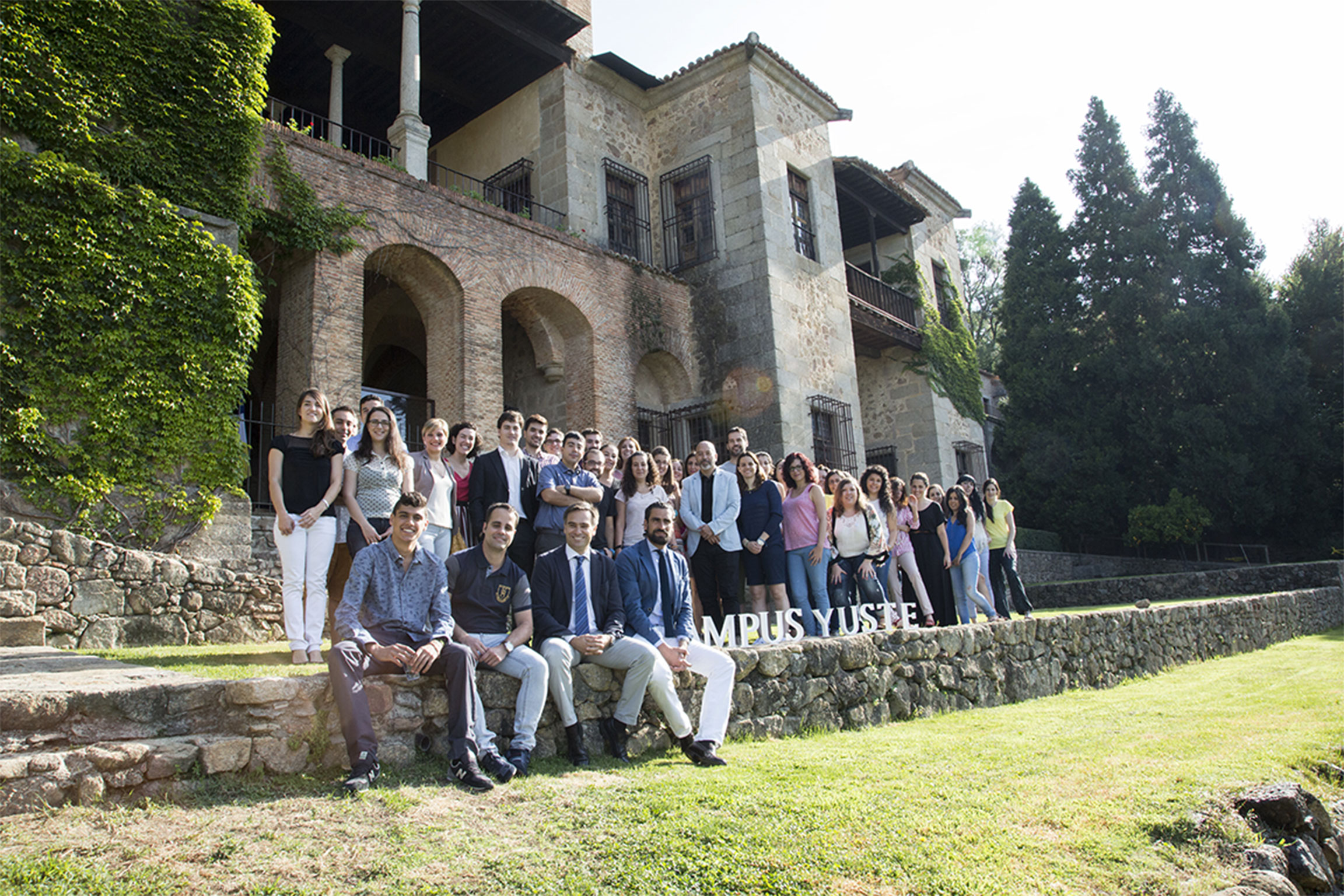 The first course, “From Yuste, bound for Europe”, addresses employment shuttles as an instrument to facilitate the employability of young people.

The Campus Yuste program began this morning with the course titled “From Yuste, bound for  Europe”, organized by the European Academy of Yuste Foundation together with the Ataecina project, a social entrepreneurship initiative for young participants in the first Shuttle for Employment and Supportive Entrepreneurship in Cáceres, which seeks to enhance the yet-to-be formally acknowledged skills of individuals and the adaptation of the workers and the labour market itself to achieve greater employability.

At the opening ceremony, Enrique Barrasa, Director of the European Academy of Yuste Foundation, highlighted the diversity of content to be covered this year at Campus Yuste: the adaptation to the new labour markets from a European perspective, the Christian roots of Europe, the political facet of Emperor Charles V; the challenges of the European Union from the point of view of the geopolitics of energy, the debate on new European citizenship and the proposal for federalism as a possible form of organization, an analysis of the different religious confessions in Europe and the need to review their role in 21st century Europe.

Around three hundred participants are expected for the five international courses and the meeting of young Europeans at Campus Yuste, who will attend more than seventy talks, workshops and round tables conducted by about a hundred speakers. It should be emphasized that the four international seminars form part of the summer courses of the University of Extremadura.

The course titled “From Yuste, bound for Europe”, to be attended by about fifty young people representing all the shuttles of Extremadura and Puertollano, will cover the programs and policies for the employability of young people in the national and international fields, as a result of which it has secured the presence of the Ministry of Employment and Social Security, professors from different Spanish universities, specialists from the Shuttle Program and experts like Iñaki Ortega, academic director of the course, program director at the Deusto Business School and the author of Millennials, invent your employment, a book to understand young people who have grown up in the new century without knowing any other economy than that which has followed the crisis. According to Ortega, “the young people of the millennium are inventing their own employment and creating new companies, but also devising new professions and generating new needs with which to satisfy us”.

Lasting three days, it will see other speakers such as José Luis Huertas, from Mobbeel, the Extremaduran company developing multi-biometric security for mobiles, Nuria Cabanillas, the triple Olympic medallist and entrepreneur, and members of Extremaduran shuttles.

Campus Yuste is an event created by the European Academy of Yuste Foundation for its educational activities, based on encouraging debate and the reflection of students, researchers and professionals on European affairs. It is one of the activities which has been reinforced by this year’s increase in the budget of the European Academy of Yuste Foundation, a rise of 56% in comparison with 2014, thanks to the support of the Government of Extremadura.