Charles V was born on 24 February 1500 in Ghent (Belgium). He was the first son of Joan (daughter of the Catholic Monarchs) and Philip the Handsome (son of Maximilian of Austria). In 1517, he came to Spain to be recognised by the Cortes [Parliament] of Castile, Aragon and Catalonia and pledged an oath before them, moreover, as Count of Barcelona. He engaged in a prolonged conflict with Francis I of France for European hegemony gaining diplomatic victory in 1519. His coronation as Emperor took place in Aachen in 1520. He would receive the following two crowns in Bologne (Italy) in 1530.

The continuing confrontations with France, especially in Italy, the Turkish threat in the Mediterranean and the war between Protestants and Catholics in 1531 took its toll on Charles V. For this reason, on 25 October 1555, he decided to abdicate the throne in Brussels and divide his vast heritage between his brother Ferdinand and his son Philip II.

After his abdication, Charles V travelled again to Spain. The place he chose to retire to is the Monastery of Yuste, in Extremadura. He ordered a palace to be built adjacent to the monastery. It was to be decorated with tapestries and paintings by Titian. He had 50 servants. Despite his desire to distance himself from politics, he closely followed affairs of state until the day of his death on 21 September 1558.

Signature of the emperor in his testament (Brussels 1.554)

1500. On the 24th of February Prince Charles, son of the Archduke Philip of Habsburg and Princess Joanna of Castile, is born in Ghent.

1504. Death of Isabella the Catholic, Philip and Joanna monarchs of Castile. 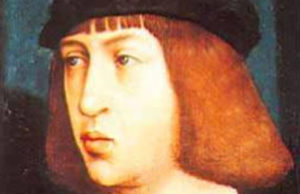 1506. Death of Philip the Fair. Ferdinand the Catholic exercised the regency in Castile due to his daughter Joanna’s incapacity. 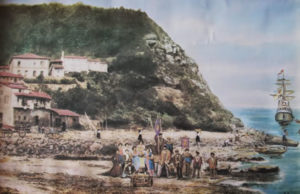 1517. Arrival of Charles of Habsburg in Spain. Luther begins the Protestant Reformation.

1519. Death of Maximilian I. Charles V is appointed emperor. Ferdinand Magellan begins the first circumvallation around the globe

1520. Charles V is crowned in Aachen. Uprising of the “comuneros” (co-proprietors) of Castile.

1521. Diet of Worms. Imperial Edict against Luther’s doctrines. End of the War of the Communities.

1525. Battle of Pavia. Imprisonment of Francis I in Madrid.

1526. Francis I is released following the Treaty of Madrid. Charles V and Isabella of Portugal’s marriage.

1530. Coronation of Charles V by Pope Clement VII in Bolgna.

1531. Ferdinand of Austria is named King of the Romans.

1532. Conquest of the Inca Empire by Francisco Pizarro. Suleiman puts an end to the Siege of Vienna with the arrival of the imperial army. The German protestant princess create the Schmalkaldic League.

1535. Charles V defeats Barbarossa and the conquest of Tunis.

1542. The enactment of the New Laws for the government of the American colonies. 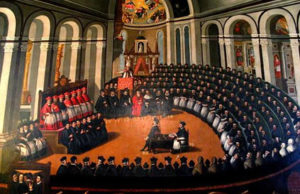 1547. Second expedition against the League. Battle of Mühlberg.

1550. Creation of a new Protestant League. 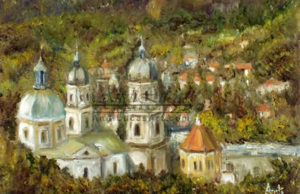 1552. The Emperor is defeated by the Protestants. Flee from Innsbruck.

1554. Charles V leaves the empire in the hands of his brother Ferdinand.

1555. Death of Joanna the Mad. Abdication of Charles V in favour of his son Philip in Brussels.

1556. King Charles retires to the monastery of Yuste.

1558. On the 21st of September Charles V dies in the monastery of Yuste.