Conference on the Future of Europe 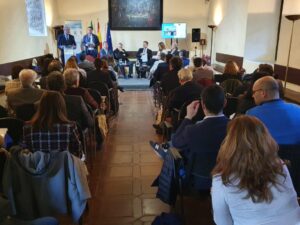 With the aim of promoting the previous debate and the willingness to participate in the Conference on the Future of Europe, the European Movement in Spain has organised two debate sessions with a hundred specialists and professionals on 6 and 7 March at the Royal Monastery of Yuste; where the Regional Advisory Council will meet for the first time to discuss the Conference, its objectives, content, scope, operation and structure, and the need to encourage the participation of organised civil society in order to strengthen the European project, to bring Europe closer to its citizens and the latter to their institutions.

During the second day in Yuste the European Movement will also hold its first Regional Advisory Council, a meeting of the organisation at state level, which is clearly expanding. While the year 2019 began with eight Autonomous Councils with great activity -Andalusia, Aragón, Asturias, Canarias, Cantabria, Cataluña, Extremadura and País Vasco- at the end of the year, the organisation has expanded with the implementation of the Autonomous Councils of Castilla y León, Castilla-La Mancha, Murcia and Navarre; and the Councils of Galicia, La Rioja and Valencia are in the process of being set up.

The meeting in Yuste is the second activity organised by the European Movement in Spain in relation to the Conference on the Future of Europe. On 27 February, at the request of the Movement, a day of debate was held in the Congress of Deputies, hosted by the Chairwoman of the Joint Committee for the European Union, Susana Sumelzo, with the participation of Marta González, a member of the People’s Party, the Socialist Group MEP, Domènec Ruiz, in addition to other specialists such as the Professor of Public International Law at the UCM, Araceli Mangas, and personalities such as José María Gil Robles and Enrique Barón, with a long European career, members of the European Movement, who in both cases held the Presidency of the European Parliament. 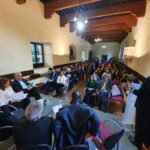 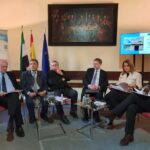 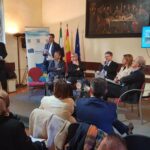