From the treaty of Rome to the Maastricht treaty, and ongoing advances in the process of European integration 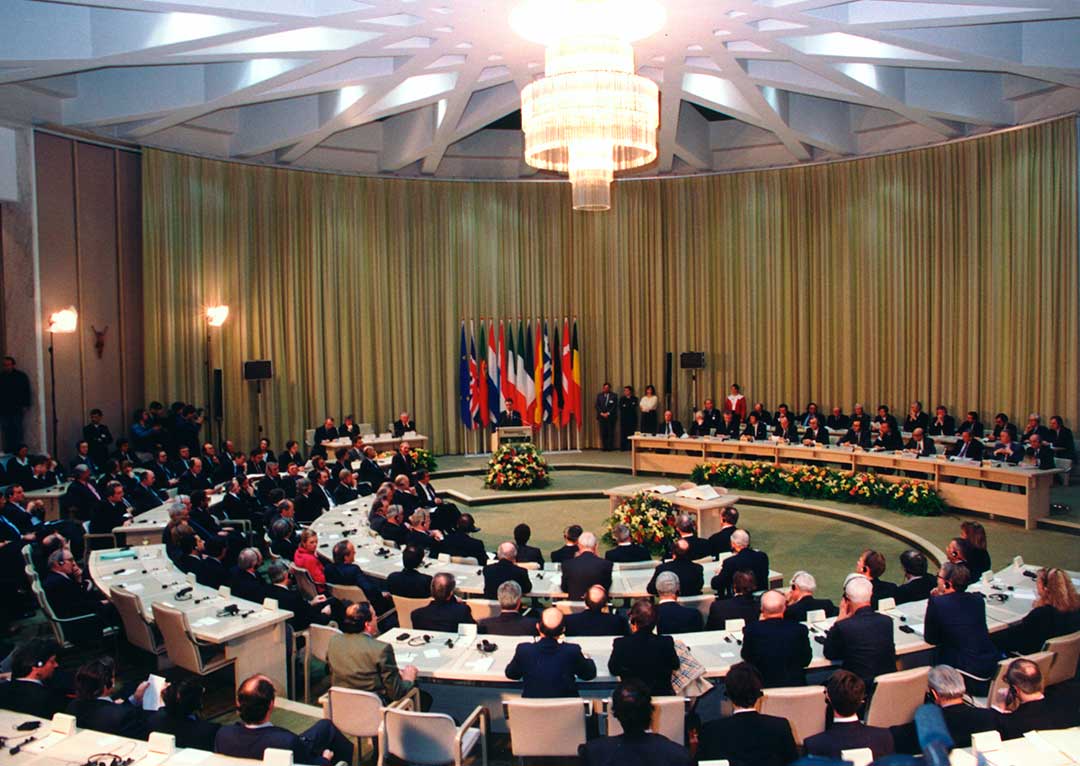 Two special celebrations will be held in 2017, commemorating highlights of the process of European construction and integration. Firstly, the 60th anniversary of the signing of the Treaties of Rome, which were signed on 25 March 1957 in the city they were named after. They subsequently gave rise to the European Communities; the seed of the legal framework of the united Europe we know today. Thirty-five years later on 7 February 1992 the Maastricht Treaty was signed, which in 2017 celebrates 25 years of existence. This gave a new name to the European project which came to be known as the European Union. The Treaty laid the foundations for a Europe of the people, with the capacity to play an active role in the integration process, conceived as the political culmination of a set of binding regulations for all member states of the European Union: as much for future members as for the states signing at the time of the Treaty.

Europe today faces a number of simmering challenges, which put at risk – and at times even put into question – the process of European construction: the principal objectives of which have been since its origins to consolidate peace, create stability and progress; and promote and defend values such as freedom, equality, solidarity, democracy, and all values linked to the protection of human rights. In the face of a divided and in part eurosceptic European Union with a great deal of uncertainty about the future, at the European Academy of Yuste Foundation there is little doubt that Europe continues to be part of the solution, as Ortega y Gasset would say. Through this summer course we wish to look back to the past and commemorate these two special events so that history can help us to better understand the importance of the European project and draw important lessons from the past to confront current challenges and lay stronger foundations for the future of the European Union.