Juan del Encina was born in 1468 in Fermoselle (Zamora) and died in 1529 in León. He graduated in Law, at the University of Salamanca, where he had teachers such as Nebrija and possibly also his brother and music professor, Diego de Fermoselle. He was musically trained in the music chapel of the Cathedral of Salamanca, which was directed by Fernando de Torrijos, between 1485 and 1498, where he joined the choir in 1484 and became chaplain in 1490.

In 1492 he worked at the service of the second Duke of Alba, Fadrique Álvarez of Toledo and Enríquez, and was in charge of organising celebrations and writing theatrical comedies and musical pieces. Two of his dramatic eclogues were performed for the first time during Christmas Eve in 1492 in the castle of Alba de Tormes.

He lived in Rome from 1498 onwards, where he enjoyed the protection of several popes, such as Pope Alexander VI, Julius II and Leo X. The latter was particularly impressed by his singing skills and kept him in his chapel to this end. He travelled from Rome to Spain on several occasions between 1510 and 1519 till he finally settled in León, where the cathedral’s priory was granted to him that last year by the pope; he left that same year to Jerusalem as a pilgrim.

Juan del Encina is considered the patriarch of the Spanish Renaissance theatre, though he is known for his musical compositions: 48 Christmas carols and 7 romances included in the Cancionero de Palacio. Today’s programme is a selection of 15 of these 55 pieces, completed with instrumental music of the time: pieces played by the vihuela by Luis de Milán and Luis de Narváez, music played by the viola da gamba by Diego Ortiz and pieces played by the flute by Francisco de la Torre. A soirée that is at the level of Their Majesties Isabella and Ferdinand. 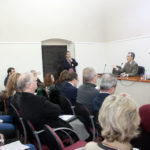 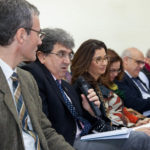 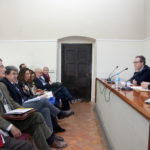 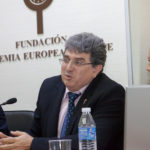