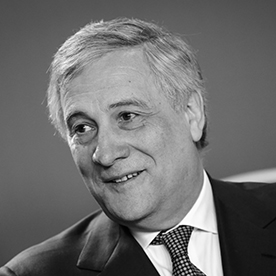 In the 12th edition, the Jury of the Carlos V European Award has decided that the award goes to H.E. Mr. Antonio Tajani. With this award the jury has wanted to give acknowledgement to “a political career that spans a period of almost 25 years dedicated to the European Union and to his firm defence of strong European institutions based on European values of democracy, liberty, equality, and respect for the rule of law”.

Antonio Tajani is the son of an Italian Army officer and a Latin and Greek professor. He lived in France for five years, where he and his family accompanied his father to NATO command. He holds a degree in Law from the Sapienza University of Rome. Before choosing to dedicate his life to politics, Antonio Tajani was an officer in the Italian Air Force. After attending a specialised air defence course at Borgo Piave di Latina, he joined the NATO Air Defence Ground Environment (NADGE).

Antonio Tajani has also been a professional journalist for more than 20 years. He started as presenter of news programmes on Rai Radio 1 (Italian public radiotelevision) before Indro Montanelli, the most well-known and revered Italian journalist of the twentieth century, asked him to work for the newspaper “Il Giornale”.

Antonio Tajani was elected President of the European Parliament in January 2017, having based his candidacy on an agenda aimed at bringing people closer to the only directly elected European institution. He is driven by the strong belief that Europe’s strength should derive from the solutions it provides to the real daily concerns of European citizens and these should currently focus on three specific areas of action: security, migration and youth employment.

He insists on the belief that the European Union’s success is based on the promotion of the values of democracy and the rule of law; on those of equality, solidarity, human dignity and justice. He held his position as President of the European Parliament after having been elected First Vice President in 2014. 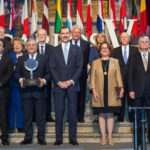 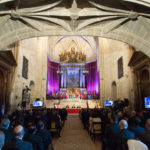 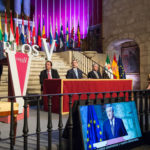 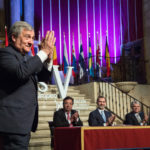 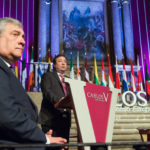