In the 11th edition, the Jury of the Carlos V European Award has decided that the award goes to H.E. Mr. Marcelino Oreja Aguirre “his lifelong contribution to the process of European construction and integration, something to which he has dedicated his efforts in the various posts he has occupied both in national and European organisations: including Spanish Minister for Foreign Affairs, Secretary General of the Council of Europe, and European Commissioner. His contributions in the fields of academia and civil society have been equally active and fruitful. Also of note is his tireless work in promoting the concept of Europe and praising European values, especially those related to European cultural diversity and the protection of human rights”.. 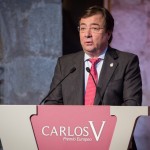 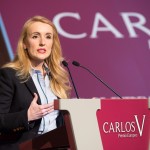 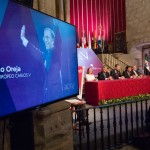 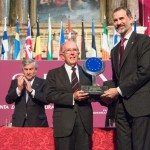 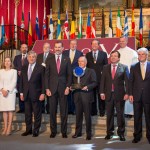