CONFERENCE-DEBATE ON CURRENT PERSPECTIVES OF THE “BLACK LEGEND”

María Elvira Roca Barea participated along with the Professor at the Catholic University of Leuven, Werner Thomas, and the Coordinator of the Scientific Committee of the European Routes of Emperor Charles V, Alain Servantie, in this seminar on current perspectives of the “black legend” in the history of empires.

The author analysed the empire-phobia in depth in the cases of Rome, Spain, United States and Russia and explained that the current story of our country and that of Europe is underpinned by ideas based on feelings that emerge from propaganda rather than real events. 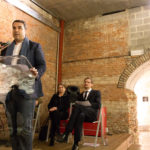 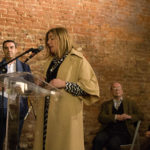