Youth and Europe: The Past, Present and Future of Building a Peaceful Continent 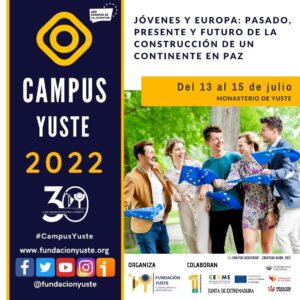 On 15 September 2021, at the State of the Union Debate, Ursula von der Leyen made public the European Commission’s proposal to declare 2022 the European Year of Youth. The Council and the European Parliament reached an agreement on 6 December to follow up the proposal.

The EU thus intends to honour the efforts of the current generation of young people on the continent to overcome the setbacks of COVID-19.

Youth has received particular institutional attention in the European area of integration and cooperation since the 1950s. Since then, the situation of the different generations of young people in the EU has evolved and has changed significantly, but two factors of particular importance remain that justify the fact that special attention be given to the population living in this period:

1º) the incorporation of citizenship into the full exercise of civic rights occurs around the young age and it requires a gradual process of explicit accompaniment and adaptation of institutions to their different realities; and 2º) the generation gap between young people and the rest of the population persists and has increased significantly in recent decades, especially in economic, cultural and political terms.

A vision of youth will be offered from four complementary perspectives:

(*) This course will have speeches in Spanish and English. Translation is not provided.