JOSÉ ANTONIO SANAHUJA PERALES. PHD IN POLITICAL SCIENCE BY THE COMPLUTENSE UNIVERSITY AND MASTER OF ARTS (M.A.) IN INTERNATIONAL RELATIONS BY THE UNITED NATIONS’ UNIVERSITY FOR PEACE

Faculty of Business, Finance and Tourism at the 15th of March, 2017

Conference: Globalisation crisis? Challenges for the European Union and Ibero-America

2015 and 2016 could well be described as “annus horribilis” in terms of systematic stability: terrorist attacks, economic stagnation and recession; a European Union experiencing an existential crisis; the Brexit and the victory of Donald Trump have been described as “black swans”: atypical events alien to rational expectations and disruptive, with the capacity to change the course of history and the collective experience. In this sense, these “black swans” would mark a change in time in terms of chance and symbolism as they stand as historical milestones or watersheds. The post-Cold War stage would end with them, giving way to a more uncertain and unpredictable period where certainties of the past stage cannot be taken for granted, whether this be the rapid growth of China, the anchor of globalisation and the liberal internationalism in the American hegemony, the continuity of the European Union or the soundness of the party systems and of the ruling elites of the western world. With its particular characteristics, the signs of a change of cycle may also be seen in Latin America with the end of the commodities’ bonanza and the political change. This conference will attempt to shed light on these factors of change and particularly on the situation Latin America faces before a new scenario of globalisation crisis or of “post globalisation”. 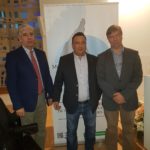