The twelve apostles of Mexico left the Port of Sanlúcar de Barrameda in January 1524; they were a group of Franciscan friars whose mission, mandated by the Spanish Crown and the Catholic Church, was to evangelise the New World. They arrived in Veracruz, Mexico, almost four months later. Their adventure was not free of danger or vicissitudes, but their determination and conviction that the Indians were also children of God, helped them to overcome these obstacles.

Mayte Alvarado is the author of this work, which is number 7 of the Collection Extremeños en Iberoamérica y Europa- Historieta. 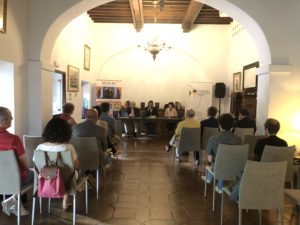